As we wanted to spend at least three weeks heading up the Croatian coast, we had only marked two nights in Bosnia and Herzegovina, with Mostar the main attraction and not requiring much deviation. Our route from Macedonia to Bosnia would take us back through Albania and Montenegro, albeit mostly via different roads so we could see new parts of each country. This allowed us to avoid the dodgy roads of Macedonia and was the fastest route north. So firstly, here's a bit of context on our journey. 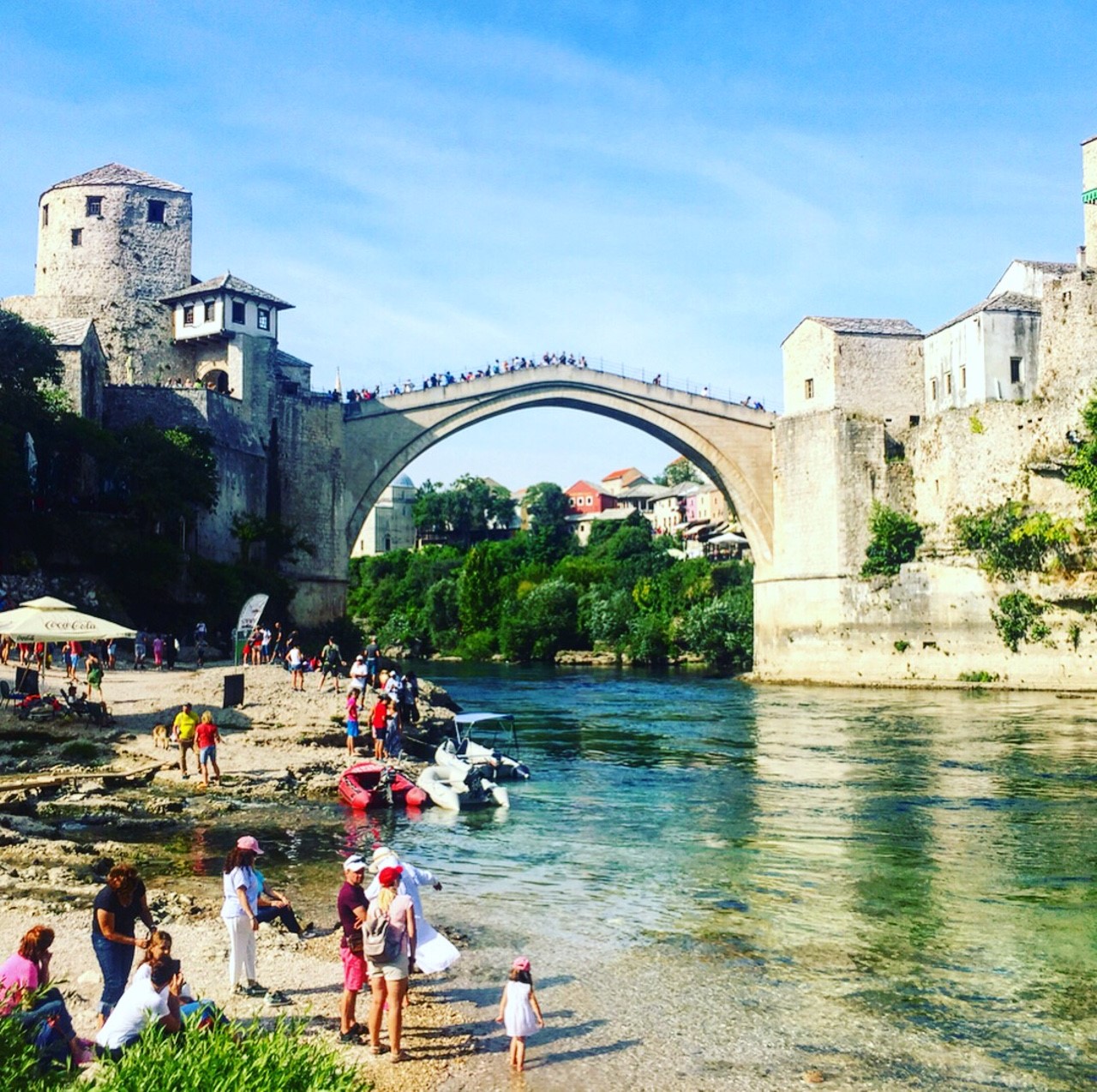 This route was not without it's drama. Firstly it took us directly through the capital of Albania, Tirana. We had initially tried to avoid this city as it didn't offer much, and was too far away from the sea to be very comfortable in a van during 35+ °C weather. Furthermore, following various stories for other campers, it's traffic and 'no rules' roundabouts probably took several years off our lives from the stress of trying to negotiate the madness. Ten or more lanes of traffic trying to fit into about five actual lanes, of which the paint has mostly worn off the road so in fact there are barely any lines... Imagine a more chaotic, less organised Arc de Triomphe. Except you pass through several of them in a row... some of them right next to each other like a figure eight...

Following four hours on the road and having survived roundabout hell, we then spent a night in the little town of Shëngjin, which turned out to be a bit of a dud given average beaches and empty campgrounds. Following a quick pasta and a few beers on the beach, we found an ok spot with a pool to park up for the night and plan a bit more of our trip. The next morning we hit the road early for another five hour drive and were hit by insanely heavy rain on our way up towards Shkodër. With almost no visibility, we finally made it towards the east side of the lake, and driving back past the campground we had stayed at earlier (check out our post on Albania and Lake Shkodër here). We then made it to the Montenegro border crossing at the northeast corner of the lake, and waited about 1.5 hours to get through.

Having eventually arrived back in Montenegro (check out our earlier post of Montengro here), the route took us via Podgorica and Niksic. This was a lovely scenic drive, but didn't offer much along the way in terms of places to stop. As we began to climb the hills near the Bosnia border, the unique beauty of this area further revealed itself, and we pulled off into a little hut with a dude selling beer and a great view down the valley. We then said goodbye to Montenegro, and headed over the hill for what would be our second quickest border crossing, and our 10th country of the trip!

We had already pinned a local little campground called Kamp Ušće Trebinje (€10 / night), which was only 8km from the border. Descending the tree covered mountains bathed in the afternoon sun, as soon as we arrived we knew it was a perfect spot to rest following a few full on days on the road. We were met by the friendly family running the small site, and parked right next to the river, which we then jumped straight into for a refreshing swim. Bliss.

We then cooked a quick pasta, accompanied with a nice bottle of cheap red wine we picked up at some small town in Montenegro (which was surprisingly not bad!). With the quiet mountain surroundings only offset by the sound of birds and the rushing water from the river, we then headed to bed extremely relaxed.

The next morning we would be heading to Mostar, which thankfully was only two hours away, and allowing us a nice chilled morning. With a feed of bacon and local eggs bought from the family, we hit the road for another beautiful drive weaving along, through and over mountains and valleys that dominate this area.

Arriving into Mostar we parked down the northern end of the town, following a small argument due to the usual navigation-based confusion that plagues Brigid ;). Following handing over the equivalent of about €3 for parking, we then wandered down to the main old town centre. On our way we passed through lot's of funky little trinket shops, where we quickly grabbed a funny traditional hat for Dan's grandfather (he loves unique hats). We then grabbed a feed of Cevapi (the national dish of Bosnia) at a great little well-priced restaurant called Kulluk. From the rooftop we had a great view of the famous Stari Most (meaning old bridge), which is the primary reason people visit Mostar. 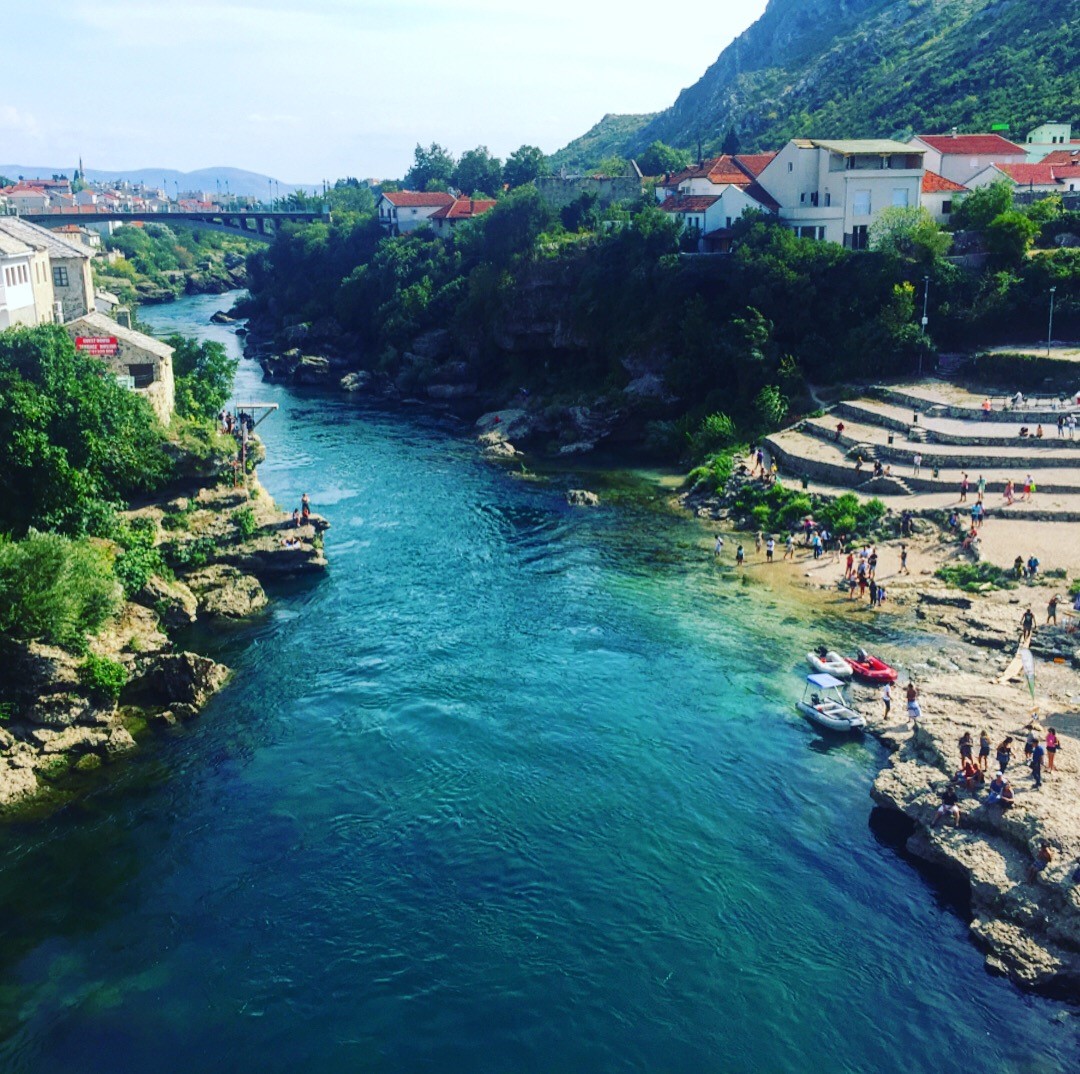 The bridge is a reconstruction of a 16th-century Ottoman bridge that crossed the deceptively powerful Neretva river and connected the two sides of the city. The original bridge stood for 427 years before it was taken out by the Croat military in the Croat-Bosniak War (thanks Wiki). It's now a symbol of peace and a symbol of stupidity with people jumping off and plunging 24m into the bustling currents below... actually if Dan didn't recently have the ear infection, this is exactly the type of adrenalin rush he loves... but sadly massive pressure changes and fresh water aren't the best for a recent ear infection!

Following a few hours wandering around, a few cans of beer bought from a local keeping them chilled in the river itself, and a gelato, we officially felt touristed out. It was a great little town to visit and definitely worth 3-4 hours of your time if you are nearby. We would later see quite a few tour companies along the southern Croatian coast would actually offer day trips to the town. We headed back to the car for the short 15 minute drive to Blagaj, another key place to visit in the area, and where we had found a great little campground.

Pulling up to Autocamp Blagaj, they had two types of sites with the premium area €20 per night (expensive for Bosnia) and another area which was actually still awesome for €10 per night. So we grabbed the cheaper option, parked up, and went for a complimentary welcome beer at the cafe area. This was right on the Buna river and quite unique.

We had then planned to bike up to Blagaj Tekke; the mosque situated at the spring that is the source of the Buna river we were camping next to. However given the day of driving and playing tourist in the intense heat, we were absolutely exhausted. So we just chilled out for the evening, cooking a quick meal and relaxing in Gary.

The next morning we were awoken by the sun turning Gary into a furnace (now we know why the spots were cheaper), before having a quick breakfast and then biking up to the Blagaj Tekke. Biking was a great option as you can only take cars half way, before either paying for parking, and even then you still have to walk up further. With the bikes we could get right to the entrance.

The Blagaj Tekke was built in 1520 and is quite a unique little spot with the natural spring spewing out an intense current of water to form the river. Tekke meaning tekija or Dervish monastery, it's definitely worth a visit (€5 / person). We spent just over an hour wandering around both sides of the river, followed by some traditional coffee and epic Turkish delight.

We then headed back to Gary to pack-up and get on the road. Our route seemed quite straightforward at first, winding down the E73 towards Croatia. However given that Bosnia has a coastal section sandwiched in between two parts of Croatia, we decided it would be smarter to head via the route that didn't involve crossing into Croatia only temporarily, before crossing back into Bosnia before finally arriving in the part of Croatia we were heading to. Smart right? Well turns out this is not a common thing to do at all, and the route were were taken on was almost 1.5 hours of steep twisty single lane potholed roads... eventually we made it to what would be our fastest border crossing of the trip, and so it worked out fine! However to be honest if you are heading from Mostar to the southern part of Croatia we would recommend sticking to the main route that crosses three borders instead of the one like we did, as it will be much less stressful, just as beautiful, and take a similar amount of time. 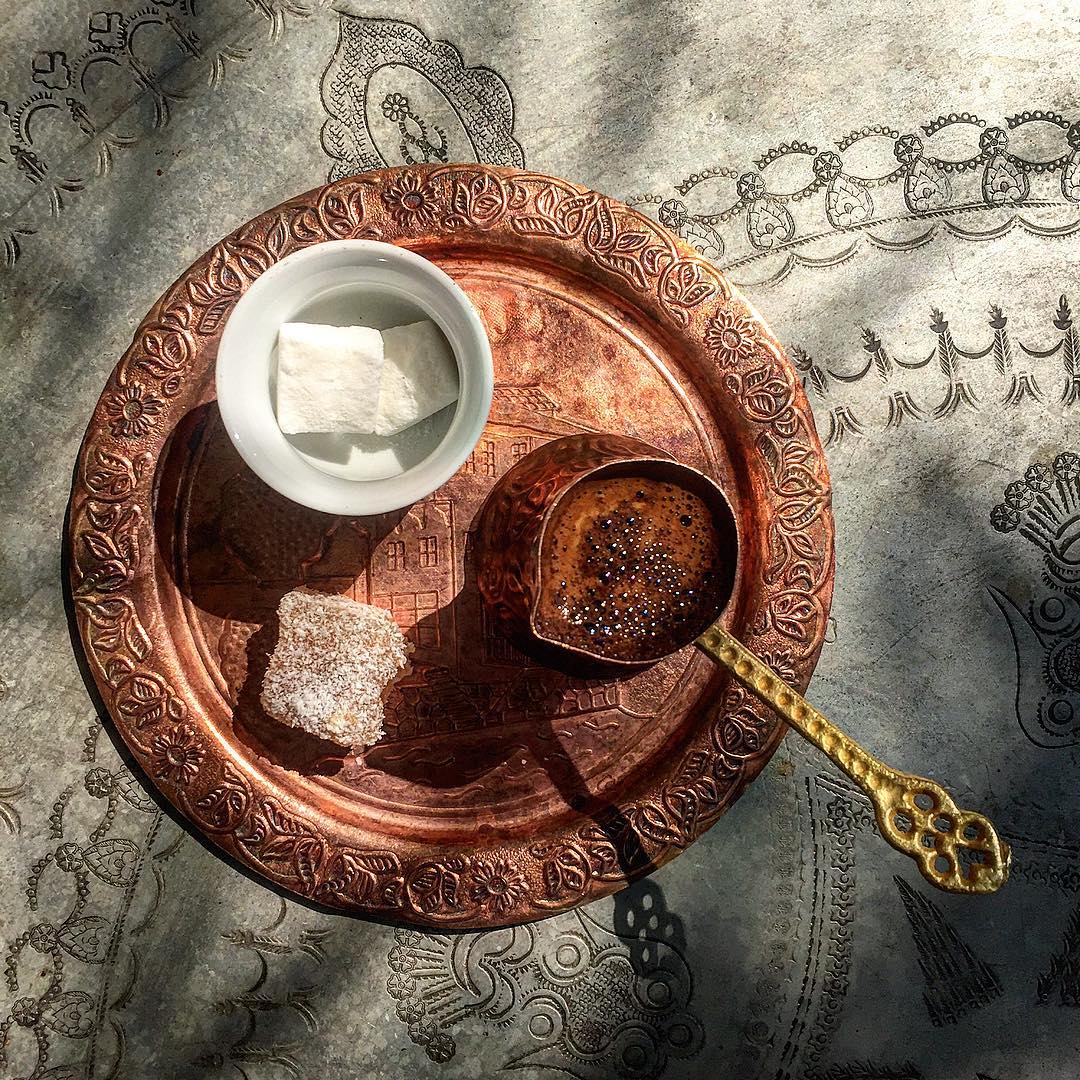 Regardless, we had just passed through five countries in three days, and this was a pretty full on schedule. Overall it did allow us to taste a few new areas, while ensuring we would have enough time in Croatia and along/in that simply stunning Adriatic ocean. But more on that soon – stay tuned for the next post on the Croatian coastline!

A Week in Montenegro